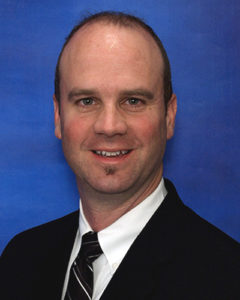 Dr. Jason Clopton graduated from Southern College of Optometry in 1999. In 1998 he was awarded “Clinician of the Year” for his class by his professors and the InWave Optics Low Vision Award. After graduation he went into private practice. In 2001 he started the first pediatric and brain injury referral therapy center in Tennessee with his wife Heidi Clopton, OTR/L, a pediatric occupational therapist. He was awarded Tennessee’s “Young Optometrist of the Year” in 2002. He attained his Fellowship in the College of Optometry in Vision Development in 2006. Since then he has served on the Board of Directors of the College of Optometry in Vision Development, the board of directors of the TN Brain injury Association, and is on the American Optometric Association Vision Rehabilitation Section executive council. Dr. Clopton has co-authored two chapters in the book “Visual Diagnosis and Care of the Patient with Special Needs”- First Edition. He has published journal papers and lectures throughout the US and at international meetings on pediatrics, eye movements, strabismus and amblyopia, vision/vestibular, coding and billing for neuro-rehabilitation, neurotransmitters, brain injury, concussions, and neuro-rehabilitation. In 2010 he founded/invented and is the CEO of EyeLign Products, LLC., a company which is producing the ParaDigm ® device for detection and aligning of oculomotor deviations. These are patent pending devices for the diagnosis and therapeutic treatment of eye movement and functioning disorders.